One author I have read in recent years is Nora Roberts.  I must admit, if I had seen a list of her books prior to reading these I probably wouldn’t have read any as it looked like mass produced romance.  However I hadn’t heard of her when I first saw Morrigan’s Cross.  Fortunately, in this book’s case I did judge it by its cover!  It looked like good old fantasy.  It turned out to be the first in Nora Roberts’ Circle Trilogy, a very enjoyable read.

The Circle Trilogy consists of Morrigan’s Cross, Dance of the Gods and The Valley of Silence.  Although the trilogy is basically fantasy romance (as defined by Wikipedia) where the fantasy elements are of primary important, the romantic elements of romantic fantasy run a strong second.  These books are mainly fantasy with a supporting and very strong underlying theme of romance. 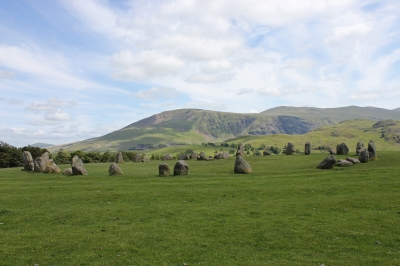 Running like electricity through the story of the fight to save all worlds is the Morrigan the war goddess of the Tuatha Dé Danann.  Residing in the otherworld, Tír na nÓg, at various times she steps out and appears to the various proponents in visions from which she conducts this tale.

Changing from her cold, harsh historic mien, in this piece of modern literature she appears to exhibit more of her earth goddess roll in caring for the outcome of the worlds.

Roberts is noted for including strong female characters.  Happily she also has strong male characters and the two compliment and balance each other. 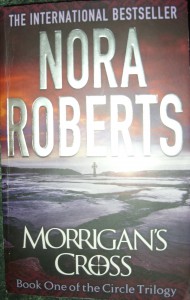 master sorcerer with powers given by the Morrigan.  Capable of handling a sword as learned in his life in the past he enables the story to embrace the sword and sorcery branch of fantasy.

Cain enters almost simultaneously with Hoyt in 1128 but does not become part of the story in this time.  Cain, Hoyt’s twin brother, was bitten back then and becomes a vampire.  Therefore when needed he is still conveniently available, in the twenty first century, to fight for the worlds!  He brings the vampire traits of strength, speed, far vision, extraordinary hearing and quick healing to the fight.  But he no longer can bear the sun.

Glenna, the natural born witch, enters the scene in third place not far behind Cain.  Glenna has a cutting sense of humour and her joyful approach to life provide a nice balance for the other champions.  She is a strong witch with complementary powers to Hoyt and they form a formidable partnership.

Moira comes from an alternative world, Geall, created by the gods and very similar to sections of Ireland.  She is a very intelligent young lady and gobbles up books and the information within them.  She brings to the tale the information she accumulates, a dash of ability to contribute to the magic of Glenna and Hoyt, organisational abilities and a grim determination to do the best for the worlds.  Moira is also a mighty shot with the bow, having extremely keen eyesight.

Larkin accompanies Moira from Geall as her best friend and lifetime protector.  Larkin can morph into various shapes, ie a shapeshifter.  And luckily his forms are fantastic not dire.  Conveniently two predominant forms are great for a quick escape!  Not only does Larkin bring to the group this handy trait but he is a mean swordsman. 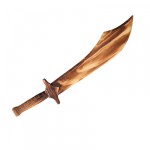 And last but not least is Blair.  There is twisty link from Blair to this story but you can read the books and find out what that is.  The main trait Blair brings is that she is a demon (vampire) hunter.  This does pose a problem as her tendency towards Cain is initially ambiguous. Therefore Blair is the weapons master for the sextet of heroes.

King comes into the picture with Cain and in the beginning looks like being the weapons master.  However from the books you will find out that is not the case. 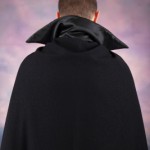 Lilith the queen (and sire of many) vampire, is the main horror show, spiteful, vicious and vindictive.  She takes offence at everything, exerts vengeance at any slight and always seeks savage revenge.  And she is very thirsty.

The vampire fan club is the army of vampires sired by Lilith (and most likely her ‘children’) who follow her, apparently mostly in fear.

The human warlock Midir who has sometime in the past exchanged his humanity for power. 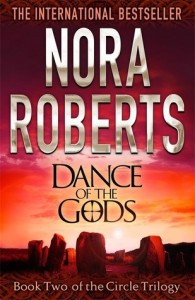 As can be expected nowadays this trilogy contains many elements of other fantasy genres.

The Circle Trilogy is basically a paranormal romantic fantasy semi epic (ie not too long) of good against evil.  The line between good and evil is clearly defined and never crossed.  The bad guys want all the worlds and the good guys want to stop them from gaining them.

With the ability of time and dimensional travel, provided by the Morrigan, from within the old Celtic druids’ stone circles, the six characters come together.

The six champions combine their strengths both physically and emotionally and throw everything at the antagonists.  As in any good romance the six do form pairs with the result that their abilities are enhanced.

Blair and Cain arrange extensive combat training and this is often put into practice.  Frequent bouts occur between the opponents, with swords and stakes playing major parts.  Hoyt and Glenna work their magic, creating defences and applying them with some additional magical strength gleaned from Moira.

Hoyt’s abilities are well known in the past age from whence he comes.  And Moira and Larkin come from a magical parallel dimensional image of Ireland where the Arthurian sword is represented.  Larkin likes to shift into his various forms to delight Blair and often comes to the rescue of all.

The champions from the modern world, Blair and Glenna, have natural, inherited abilities.  When Blair tries to tell a ‘normal’ human what she does he blanks it from his mind much to his later regret.

The Circle trilogy is full of the supernatural cants of vampires, the romance between supernaturals and humans.

The actual battle for the worlds is held in Geall.  The history of this land tends to the medieval therefore 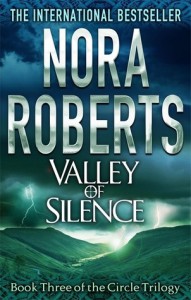 there is a ready array of knights and assorted soldiers who with a little additional training will meet the blood thirsty (literally) vampire horde.

The six heroes, by now well trained, push the preparation of the Geall force into top gear.   They have to be ready repel the fighting horde head.

Nora Roberts covers all the bases, from offense to defence to rescue.  I really liked these books and was glad I didn’t know anything about the author.

I have a feeling the formula for her paranormal romantic fantasy books will be similar but with a nice break in between series this will not matter at all.  In fact I am now ready to read another of set her books again.