We have come a long way since the early methods of binding books for the privileged population to read. Now we have one of Arthur C Clark’s prophecies of science fiction eventuate for reading and Arthur’s and Jules Verne’s prediction of a world wide communications network.

Originally the reading matter was highly controlled.  The work was backbreaking, involving the hand preparation of the front and back plates and bindings and then hand sewing the pages into their correct places. 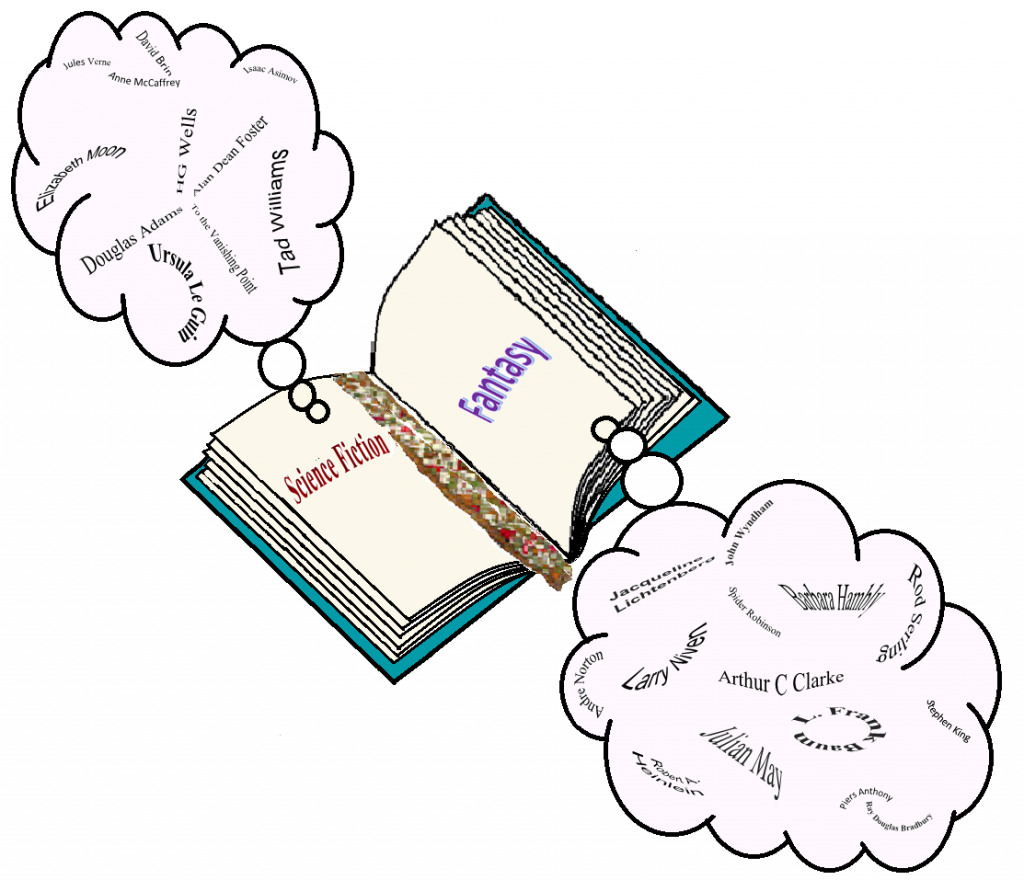 The manuscripts required much sweat and toil from poorly paid labour.  And the labour, the hoi  polloi or great unwashed, producing these ‘books’ often couldn’t read let alone afford the time to enjoy them.

Most of these labourers barely had the means to feed themselves and no time for leisure and pleasure.

Such was the legacy of bookbinding in the days before the terms science fiction had been coined and fantasy was known as legend, fables or fairy tales.  And these tales were pretty gruesome at that.  Nothing like the modern day children’s fairy tales.

From this historic start we progressed to machine bound hard cover books and on to the common paperback.  Along the way one downside was the loss of the magnificent illustrations accompanying the written word.

And along with this progression of modernising reading strode the written genre of fantasy and science fiction.  The writing down of the fantasy started during the eighteenth century point of the progression.

As we age and our eyes become a little dim we now can compensate by listening to audio books to maintain our pleasurable hobby therefore not missing out on exciting stories.

It was only a matter of time until some of the old science fiction ideas mooted by writers such as Arthur C Clarke and Jules Verne coincided with what is now happening.  Both predicted world wide communications  and Arthur predicted small portable phones, satellites  and GPS (Global Positioning Satellites) and access to a library available throughout the world.  And what do we have now – both a vast communications system and portable wireless eReaders.  These can be linked to the vast communications system that is the world wide web from just about anywhere in the world. 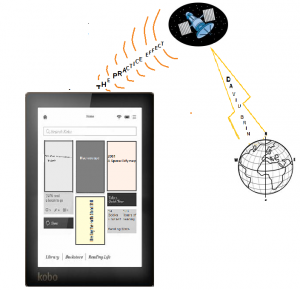 Along with the advance of book production we had the advent of crude cinema in the late 19th century.  The film journey went through various stages; silent movies, black and white and finally colour.  New vehicles for presenting films have come about such as the enthralling and surrounding three dimensional (3-D) system.  Boy does this get you involved in the stories.

As time went by the relaxing of ultra strict guidelines and the vast expansion of subject matter have resulted in science fiction and fantasy becoming a force to be reckoned with.

During this evolution we got the VCR along with recorded or blank tapes and then onward and upward to the various density DVDs. We can also play an extraordinary range of science fiction and fantasy games at our leisure.

For us, the modern person, we now can read, watch, listen or play our favourite science fiction and fantasy books and films whenever we want to.

And what a wonderful thing that is.

Many of us are now transferring from the bound written word to the eReaders available.  I love books but at times these devices are most convenient, especially for travelling where I don’t usually sleep well.

I can now read all night without bothering anyone.

The eReader I love the best is the Kobo Aura.  I have one of these and it does everything I need for comfortable reading.

If you love reading and are an on-the-go person I would highly recommend getting a Kobo eReader and some science fiction and fantasy books for yourself.