Rosie My Relative the Unusual Bequest 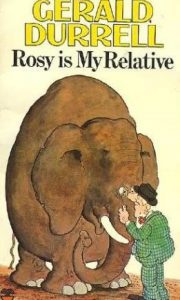 Imagine being a young fellow at the early twentieth century and bound to a boring job, as a clerk, in the big City. And this after growing up in an unusually quiet and equally boring village. Well that is what happened to the unfortunate hero of the tale I am about to present to you. Now this isn’t normally in the fantasy realm but it truly is fantastic. The author of this little story, the naturalist and conservationist Gerald Durrell  swore it is true. And as he is now departed from this world no one can question this. However I am going to believe him and say this is a true fantasy (and fairy tale).

The end of his current world enters with an unusual bequest from an aged, recently departed, that is dead uncle. With no warning a nonspecific letter outlining the bequest arrives and from this he learns to expect a big package from the circus. The little rider at the end says the package likes a wee nip now and then.

This package is Rosie.

Fully aware that his situation cannot take in a circus performer named Rosie, who enjoys a wee nip now and then, he is in a complete panic. With a name like Rosie and being fond of a drink his landlady would be horrified in this Victorian world. Being a reserved fellow, and a closet romantic, he imagines all sorts of dire scenarios. The big day arrives and the package is delivered: in a very big dray.

What the heck he thought (his actual thoughts were probably stronger but hey this is the very beginning of the nineteen hundreds) needs to be delivered in a large dray, pulled by lots of massive horses.

Well with the doors flung open Rosie is revealed. Rosie is an elephant. So what do you do with this kind of bequest who likes a nip or two? PANIC!

Well the young fellow’s friend, Mr. Pucklehammer, a local coffin maker, has a large yard and so the young fellow, the friend, the dray driver and Rosie settle in for a nice lunch and buckets of beer. At least Rosie turns out to be a delicate although enthusiastic drinker.

A Jaunt in the Country 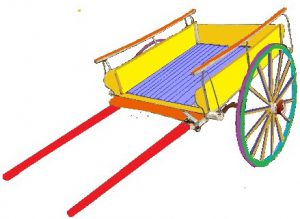 In the aftermath of the convivial lunch between man and beast, and following the relieved departure of the well fed and lubricated dray driver, a solution was hashed out. The plan became a vacation from clerking for the young fellow. And the two would go on a jaunt in the country  and on down to the seaside. The aim was to find a circus where Rosie could strut her stuff.

And off the young fellow and Rosie set.

Immediately chaos commenced. Now if you weren’t alive then, and I really doubt you were, you may have only seen pictures of the effect of elephants on horses. Not quiet and sedate to say the least. As for the fruit and vegetable vendors, well that day Rosie sure established what her diet was.

So there you go the scene is set for a journey with unexpected twists and turns. A journey that confounds the young man as he attempts to get to the seashore. A journey that causes a country wide uproar. And it is really, really hard to hide a large wrinkled elephant and a bright little cart.

Well there was certainly a few of these and both friends and indignant enemies were made. But that’s all you are getting here. This book is riotously funny and after reading it umpteen times I still laugh uncontrollably while reading it. It isn’t a good book to read on a plane as people think you are nuts.

Needless to say Rosie was never at fault as she was only doing what came naturally to an alcoholic elephant but in this case size did matter. Fortunately her friends were very resourceful even though her young fellow was totally confused.

All I can say to you is this: wherever you read it you will really enjoy all the mishaps and mayhem and laughter will accompany you. 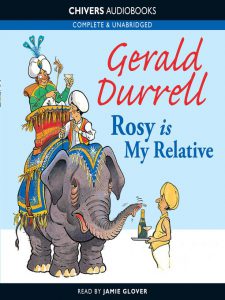 The Pub with No Elephant?

So the book reaches its climax. Is Rosie, the elephant’s, worst nightmare the ending?

OK folks you can only really appreciate the grand sweeping humour of Rosie’s tale by reading or listening to it to the absolute ending.  Is Rosie thrown to the circus? Is the romantic young fellow destined to live a life of boredom in the City as a clerk?

If you want to throw your cares away for a while and just escape, this is the story for you. And you may read or listen to it and hope something wonderful happens to you. Only maybe not so chaotic.

If I have tickled you fancy about the lovely, funny story you can get yourself an eReader copy from Kobo, an Audio version from Amazon or a hard copy from Booktopia. Take your pick and then settle back and let the hilarity begin.