Outrageous, tousled and seductively riotous, Randall Garrett most likely would have run the current gauntlet trend of people who are accusing select persons of past intimacies. From what I have read and reviewed he was a complete womaniser on his own terms. However back in those days women were starting to feel freer too. I am sure he would have been slapped down reasonably frequently. 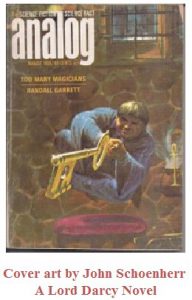 Whatever his traits were, there is no doubt he was a very good science fiction author. Apparently he was a founding member of the society for creative anachronism. He often used the concepts and costumes of older times in his writing along with his deep knowledge of the maths and physics of space. He kept to the laws of magic as they pertained to the science fiction alternate history as shown in the  Lord Darcy tales written in the middle 20th century. Basically in this history the law of science could take a flying leap! However he did use a scientific approach to the laws of magic.

Garrett wrote many short stories for various science fiction magazines, often in conjunction with other (now well known) authors including Robert Silverberg. Compilations of short stories in the same series have been made including his most famous, Lord Darcy tales. 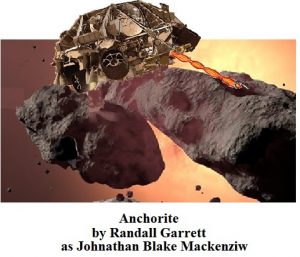 His affair with the sci-fi-fantasy-zines was a long and hardworking one that lasted from 1944 to 1979 – very long 35 years. During this period of time he wrote as himself and under a plethora of aliases.  In fact I am aware of 15 aliases. As you might guess he was a very busy boy.

Struck down by encephalitis in his writing prime Randall’s writing career came to an end and the years to his death were spent in a coma. Just imagine, if his brain was working at all how overwhelmingly frustrating he might have been.

Fortunately his last set of novels was in conjunction with his third wife Vicki Ann Hedron. Randall had written the brief for the books and Vicki interpreted them while he was in this coma.

The series is the Gandalara Cycle and the books are ones I enjoyed thoroughly.

In My Brain Randall Surfaces Again

Recently I finished all my Kobo eBooks and ran out of night reading. Coincidentally my partner did the same thing at the same time. Now both of us tend to wake during the night and the day after this happened the first thing I did in the morning was get some new ones. Boy did we feel deprived after only one night. By the way during the day we read our paper books as we prefer the feel of a good book in our hands. 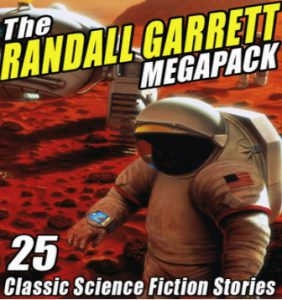 As I was browsing I came across an author I really like but had put to the back of my mind. So off I went to explore the books of Randall Garret once again.

I was looking for the Lord Darcy books but as I already have most them in (packed away) paperbacks I thought I would try some of his other books. A lot of his short stories had been written just before and after I was born. Although I apparently was (according to my doting parents) a protégé reader these were way beyond my capabilities.

The result is that I discovered a wealth of reading that was completely new to me. And gee did I enjoy that. A lot of new ideas on scientific development were in there. 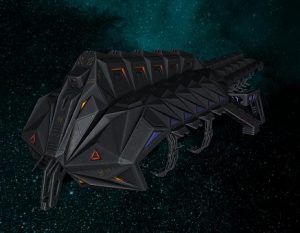 One being the stealth machines that in primitive form, began during World War 1. Neither the Germans nor British developed ones that worked. However during World War 2 the Germans proceeded with this idea. The model was remade in the early 2000s and would have worked brilliantly if the aircraft could travel at phenomenal speed and really, really low altitude! Mind you it wouldn’t take a stealth machine to avoid sighting with these speeds and height!

It wasn’t until the 1970s that the idea was developed further. By 1989 a viable stealth plane was produced. And Randall had an advanced one working in space, years before this.

Stellarators (Oh what a tangled machine we weave!) 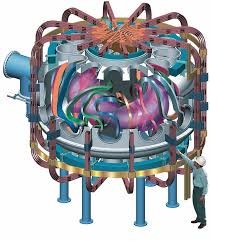 A second example is the stellarator, a fusion device. I had a good chuckle at its comparison to the Millennium Falcon, a legend in the Movies.

The Stellarator was developed in the early 1950s. It didn’t work as efficiently as hoped. However its replacement also proved inefficient and the Stellarator is back in the lime light now.

I am not going to present a comment of the workings of this machine. If you want further information go to the experts at Science Mag.

The Hunting Lodge by Randall Garrett.

While researching Randall I came across one of his earlier (1954) short stories.

You can see his early style in this tale, The Hunting Lodge that, as a bonus you can read here for free.

I suppose like many early magazines and books the cover may not say it all. But it is interesting to look at even though you only read it for the stories!

As Randall is up there with my favourite authors I hope I have whetted your appetites about him. I do suggest his Gandalara Cycle or Lord Darcy series as starting points. Or if like me a bit more science fiction is required try his Randall Garrett Megapack. That’s the one I have started my rereading on. By the way there is a RG Megapack two but I haven’t tried this yet. Hopefully no repeats are in it.

You can get the Randal Garrett eBooks at Kobo.

Booktopia also provides paper books but so far not the Megapacks. However many of his shorter stories are available there.

Whatever Garrett tale you chose, be it short or long, I am sure you will really get involved with them. Just remember many were written in the late 1940s through to the 1970s and the balance between the sexes was only being somewhat balanced during this time.