Plunge into Reading with the New Kobo Aura Edition 2

There is wonderful news from Rakuten Kobo. Two new Kobo Aura eReaders have very recently hit the market. The one I am going to review now is the Kobo Aura Edition 2. For a full, general feature review of Kobo eReaders please visit Why Buy Kobo eReaders. 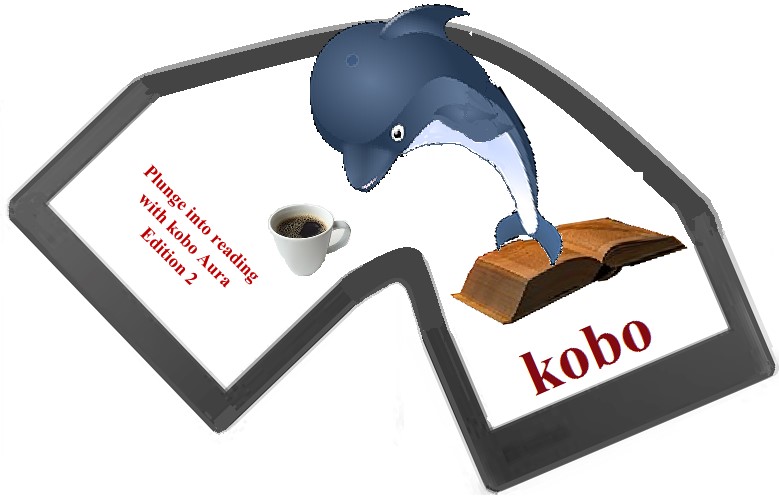 Very lately I have been looking to replace my partner’s Kobo Glo eReader purchased in 2013. It died a sudden non suffering death. We had a good three and a half years of very intensive reading on this particular eReader. And when I say intensive I really mean it!

I was having an extended discussion via Kobo’s help chat on various ways to check if the old Glo could be brought back to life. No go with that. So I went to their site and only the Aura H2O was listed. Now for a company this big and popular this sounded a bit suspicious.

I was going to get a new Kobo Glo HD, an eReader with a good reputation but, contrary to recent individual reviews of Kobo eReaders, this one is no longer available.

My next step was to contact Kobo help again with the question ‘why was there only one model’?

Well to my delight I immediately got a response from a fellow with the answer that two new Aura models were hitting the market any day. The fellow from the Help Section then gave me a link so I could take a quick look. By the time I had done that they had hit the North American markets. Australia, where I live, followed a week or so later at the beginning of October 2016.

Kobo’s help system has been very supportive (maybe I should say ‘long suffering’ as I pester them quite  frequently!) and wonderful in responding to me. I also contact them regularly to get extra information on Kobo products to make sure I give you the latest details.

On the Kobo eReader Trail

So here we have two new Kobo eReaders. Now I had to research them to determine the best for our replacement Kobo eReader. As I mentioned previously in this review I am going to take a look at the Aura Edition 2. This eReader is the next generation up from the Kobo Glo HD: that was the offspring of the original Aura. If you are interested in the more upmarket Kobo Aura One go and have a read of my review.

Differences (in my eyes) that leave this eReader as a pretty basic model are:

Kobo eReader brains are fuelled by rechargeable batteries. The battery life is constant over all the current eReaders. Personally neither my partner nor I have ever reached the battery life noted in the Kobo specifications but then we read a great deal of the time.

Now knowing that averages are based over the reading population and in fact often don’t relate to many actual individuals, average figures are pretty iffy. (For example take any piece of clothing based on averages. They usually don’t fit very well do they?)

My partner is a frequent insomniac and often, in addition to his daily reading, reads two to three hours every night. So our recharge rate is about twice every three weeks. But that’s no big deal and we don’t find this worrying as we are very capable of recharging batteries.

But that’s no big deal. We just recharge while we are busy elsewhere. We have one cable that we can use to charge when we are in the car! With Wi-Fi boy are we covered.

We always have a means of recharging, both portable and data cables that can be connected to our PC or just the good old power point. In fact if we don’t have the cable supplied with the eReader, we always have a phone recharge data cable on hand and this works just fine for our eReaders.

However we don’t find this worrying as being competent people, who take responsibility for our lives we are very capable of recharging batteries. As very proactive people we always have a means of recharging, both portable and data cables that can be connected to our PC or just the good old power point. In fact if we don’t have the cable supplied with the eReader, we always have a phone recharge data cable on hand and this works just fine for our eReaders. 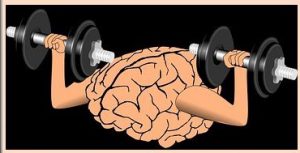 We just recharge while we are busy elsewhere. We even have one cable that we can use to charge when we are in the car! With Wi-Fi, boy are we covered!

I think my favourite feature is the way the read has a paper like finish. To me reading a real book is so very satisfying. After all I prefer paper books to eReaders. To be realistic though, we already have over two thousand books and we are seriously short of book cases and the room to put them. Fifteen hundred are stored in boxes so I am not looking forward to unpacking them at some time. Yuk the smell of musty, long stored books!

Another great feature is the sleep cover. The cover not only protects your eReader; you never have to use on/off buttons when you have one of these. Basically this means no fumbling in the dark to find the on-off button. Open cover,  light on, read. Close cover, light off, do something else.  Very little or no battery life wasted.

Kobo eReaders currently have a one year product replacement warrantee. Under Australian Consumer Law (ACL), there may be reasonable circumstances where warranties will be honoured after a longer period of time. For other countries you will need to access the various Consumer Law information  within their respective governments. (Note that physical damage is not warrantable.) 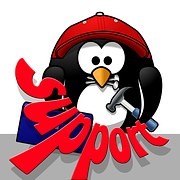 Kobo continues to provide help support long after the warrantee expires and positively expressed feedback is welcome. The feedback along with Research and Design (R&D) for software updates is ongoing however at some point there will be a decline into the sunset until the end of the eReader’s life. And although that can’t be predicted with any accuracy it may not take too long as technology is advancing at a rapid rate.

The front light system has also been improved with the harsh blueish tinges removed. Adjusting the light to fit the natural light and the no-glare screen makes reading a pleasure. Just remember if you start out your nightly in-bed reading on bright, tone it down to dim before you go to sleep. If you don’t and you wake up during the night, can’t get back to sleep and turn your eReader on you will be temporarily blinded!

The eReader fits nicely into a pocket, handbag or day pack so I can read anywhere and I do. In waiting rooms, cafés (when dining alone), park benches, parked cars – you name it. (Just don’t read while driving!) Its size and weight means it can quickly be pulled out from and replaced into whatever holder you are using.

Are You Ready to Plunge into Reading?

I will quite confidently recommend the Aura Edition 2 to any person wanting an economical eReader to start with or for those that only read periodically. The Kobo Aura Edition 2 is a basic but good, affordable eReader. It is a comfortable to hold and read eReader alternative. It would have suited me fine when I first ventured into the Kobo reading world.

For myself though, based on my travels through the new Kobo eReader trail and based on the pros and cons of the Edition 2, I have decided to return to the oldest current eReader, the Aura H2O for our next eReader. Now this is personal choice as I don’t want to regress. The H2O has been on the market for a while but it is a much improved model over the deceased Kobo Glo.

The second new eReader, the Kobo Aura One is the high end model. This eReader is covered in a second post on the two new eReaders.

All the people I know who read with Kobo love them. In fact my sister is still reading her Kobo eReader from five generations ago eReader! With all our experiences I can highly recommend them. So head on over to Kobo and