The Moon and the Heart 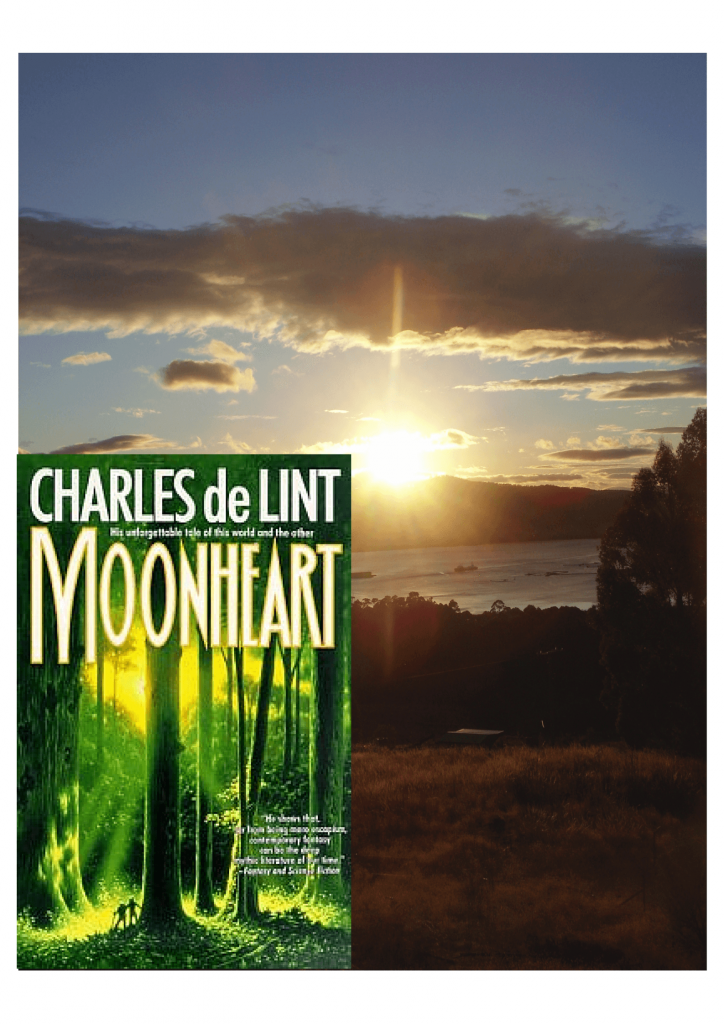 Moonheart is a wonderful intermingling of Welsh Celtic and North American Indian Shamanism woven into modern mystic beliefs and set in a field of the ‘normal’ everyday world. It pulses with the traditions of the old and new cultures knit together, with good and evil facing off.

Charles de Lint defines Urban Fantasy, is one of my all-time favourite authors and I love his books. I still haven’t found one that I don’t like.

Moonheart was the first one I read many years ago.  Mainly I love it because the pace is so varied and he doesn’t depend on constant thrills and spills.  In many places emotion and a nostalgia are slowly woven into a pattern of the now and the dreamtime, the primeval and the dawn of time.

I have just re-read Moonheart.  And I still find his blending of the Now and Dreamtime masterful and seamless.  Moonheart is just a wonderful read.

The House is the vanishing point; the place where the threads of now meet and then diverge into the threads of the dreamtime; the roads of the Otherworld.  Or from another perspective, come from the Dreamtime to the Now. Two places breathing side by side mostly unknown to the beings of Now and Then: meeting at places like the House.

Tamson House, on a city block in Ottawa, is a mystery that is quietly waiting, at this point in the Here and Now, to fulfil its purpose for being. Charles de Lint has caught the mood of Ottawa perfectly (most likely as he lives there and breaths it’s atmosphere daily).

Tamson House is a house I would love to visit and maybe stay awhile.

At the centre of the house is a wonderful garden perhaps the anchor between the house and the large glade with the primal forest surrounding it.

Artefacts with Quarter Moon and Antlers 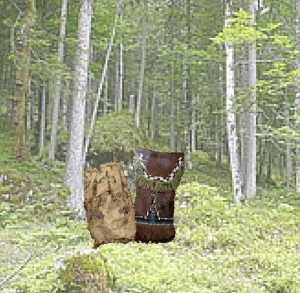 The catalysts that start the tale for the Tamsons are the ancient artefacts in a medicine bag found in a dusty old box  in the Tamson’s antique shop.

These are the legacy from an old friend of Jamie Tamson who was a historian with a bent for anthropology originally from, you guessed it, Wales. As per the house they have a specific role not only as catalysts but of pivot points that focus Moonheart.

The artefacts turn up unexpectedly (go figure don’t they always) and their influence on events starts almost immediately. 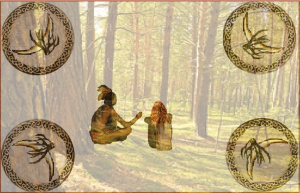 Even a touch of them produces a feeling of being elsewhere. Or in fact several elsewhere as the feelings swirl through ancient Celtic antiquity and First Nation sensations.

Several influences occur in Moonheart interlacing Welsh Celtic Fantasy with Urban and Dark Fantasies. As often with Celtic Fantasy the bard and, druid are competing forces. The magician, his apprentice, and the house warriors from the Now, and the Otherworld shamans and warriors weave into the story. And are there any other influences? Read on my friend and follow through the story’s trail.

The book touches on these in such a manner that the true nature is not revealed until you approach the tale’s end.

A mantle of drummers, medicine men, wise ones, medicine bags and tricksters forms the indigenous peoples’ role; one which folds over and embraces the Celtic role. 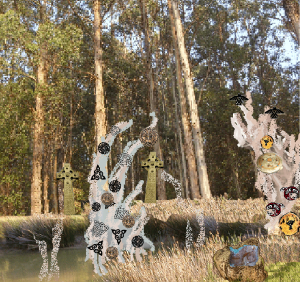 And both cultures contribute to the evils encountered.

The original discordance in this adventure emits and centres on the two Celtic figures. And there is a real twist to this. The dark side is aided and abetted to by the malignant characters in today’s and the Otherworld’s First Nation worlds.

De Lint writes with a cutting edge with regard to the nature of these characters.

Two distinct main sub-clans, the Now and the Dreamtime, run through this Urban Fantasy.  And not all players within each sub-clan agree with each other. You could say each sub-clan is divided into opposing sides. This makes for some interesting interaction between the good and not so good guys and no small amount of swallowing pride, or hiding objectives, takes place so they can try to work together. They do not always succeed.

We have the cops and the robbers. The normal, the paranormal and the wishful non-paranormals.  What a mix for this grand fantasy. And through all of this there is the music; the drums, the harp and the guitar.

Moonheart’s cast has been well chosen.  Each character is important to some degree within Moonheart’s weave. Often in yarns, characters are thrown in but henceforth pale into insignificance. Not here. Even with a small role there is a purpose for everyone. 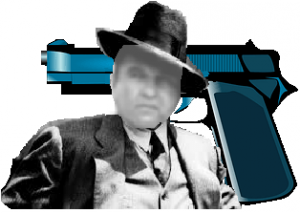 My main bad guy is, most likely, going to be quite different than yours. This character in fact stays mostly in the background. He does not put himself at risk but works through subordinates. And he easily finds them among the people who want power or think they are hard done by. These characters often are weak enough to be controlled by those who want to increase their power by whatever means possible.

In fact this guy is the catalyst behind how this story unfolds. There would still be a story but the means and actions would have been much different without him. And this fellow is very prevalent in today’s society.

Without this fellow a good chunk of the baddies would disappear. Moonheart would have been somewhat different then and a bit unbalanced.

However the secondary bad guy is only marginally less evil. The challenge is to determine who this is!

The two corrupt influences, one of modern power and one of magical power, do in fact clash as they are definitely not pursuing the same result. So the question is ‘Where is the danger coming from this time’? That often adds to the tempo of this tale.

As for team Moonheart, they are hit from two directions. With the mix in the team and the abilities of each they learn to act together and from active initial dislike they learn to work together. A good proposal for today’s society.

And of course there is Tamson House. There is a good chance that without the House this tale would not have come to be. Or it would be played out elsewhere and perhaps never known to we mortals.

The Power of the Moon and the Heart

Through the tale runs the quarter moon and the hart’s antlers. Does this equate to the Moon and Heart 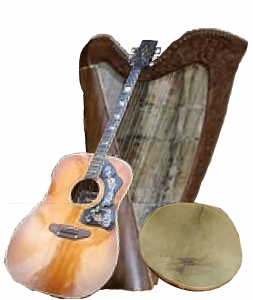 of the title? Maybe or maybe not.  The heart might link to the shaman drums,  the earth’s heartbeat. Does it matter? Why should it as it is all in the readers point of interpretation and that is how a book should be. During my schooling, the literature teachers were always expounding on what is the author trying to tell us. Most of the time I think the ‘what’ was only the teachers opinions. One day I decided to write this on my review. I was told off in no uncertain  terms. Years later I came across something this author said about the book in question. And guess what it was. He was not trying to tell us anything or direct our thoughts. He just wrote the book for enjoyment. What a buzz that was! Unfortunately I was out of school and university so couldn’t rub it in to various  teachers. And that was probably for the best.

Tales are told to engage a person, to tell each an individual story and let the music of the earth, moon and universe in.

Moonheart accomplishes this for me. 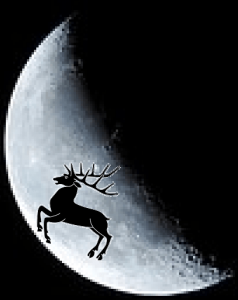 Moonheart is an exceptional novel both slow and fast paced. The intermingling of slow and fast allows the story to relax you and then hit you in the face with breathtaking ferocity.

The climax builds up with each change in pace until it reaches a thoroughly satisfactory conclusion. But this ending has impacts that do emotionally affect you.

The best way to get full enjoyment of this Charles de Lint book is to obtain an eBook copy for yourselves and then read to your heart’s content. (Oh look potential pun!) This book along with others can also be found at Booktopia. So if, like me you still like books, you can obtain a copy from Booktopia.

As an aside you might like to try de Lint’s other urban fantasy, and mind you he has written quite a few. Just check out Kobo eBooks or the Booktopia library for more of his work. If you want a starting point try ‘Dreams Underfoot’, the first Newford book. Newford is the setting or peripheral setting of many of de Lint’s books and these can be read out of order. However often characters are referred to so orderly reading will keep you from asking yourselves ‘now where did they come from!”.

Now once you have read these (or in fact any other great books) please comment and give me your thoughts. I love to meet like minded people and get new suggestions. So I look forward to hearing from all and sundry.