The Appeal of a Well Written Juvenile Tale 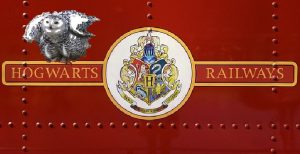 Although juvenile fantasy stories are comprised of work aimed at people 18 or younger, when it is well written it appeals to and is read by any age group. The category includes “young adult” and “children’s'” fantasy. I started reading these when fairly young and continue to reread them to this day. A list of some of these books I have read is contained in Fantasy Book Lists – Juvenile Fantasy.

Children’s fantasy books began to appear centuries ago with the first entering my life being the fairytales by Hans Christian Anderson from the first half of the 19th Century.  Tales from his work include the “The Little Mermaid”, “The Ugly Duckling” and the “Emperor’s New Clothes” the first of which has been put into film and all still being read today.

After these tales many followed with a couple of stories being “The Wonderful Wizard of Oz” by L Frank Baum and JM Barrie’s “Peter Pan and Wendy” published in 1900 and 1911 respectively.

The proof of the popularity of young adult fantasy is with the fact that both these books, under evolved names, are available today. I wouldn’t think many people have not read these but a reread is always good fun.

Often early editions of other types of fantasy were classified as children’s fantasy because grown ups were supposed to be more serious readers. (Anyone who doesn’t think fantasy is serious reading has never met any fantasy fans.) One fine and well know example of this is JRR Tolkien’s The Hobbit and Lord of the Rings trilogy. I did read these in my mid teens but I was a precocious reader.  In my opinion these transcend children’s literature and enter the adult range.

This type of fantasy often wanders into several genres. A prime example is Joy Chant’s Red Moon and Black Mountain, a very under-rated, by the ‘critics’, novel that I and many others have thoroughly enjoyed since the early 1970s. I suppose we read for satisfaction not the meaning behind the story. Red Moon and Black Mountain contains not only Young Juvenile fantasy but include elements of Parallel (Alternative) World, Epic, Mythopoeia (Mythic) and Romantic fantasy genres.

Currently the well known, read and watched Harry Potter series by JK Rowling, commencing in 1997 is one of many modern tales. The list of these Juvenile Fantasies is extensive and continually growing.

I have now created a website page listing the titles I have read and then expanding outwords to contain many others I must now seek out and read. I am not sure I will be able to read them all in my lifetime but I am certainly going to try!

Please feel free to comment on this the books listed and and suggest others I have missed for my future list.  And if you would like to read them click here for Booktopia (Australian readers) .