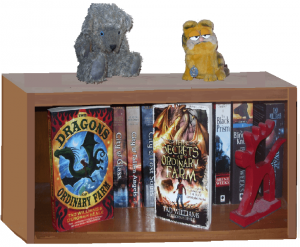 Over the last couple of years I have read two juvenile/young adult books by Tad Williams & Deborah Beale about a place that is not just your ordinary farm.  It’s anything but that.  And I would have loved to be able to visit this farm to experience its slowly revealed marvels.  It’s a place where dragons bellow and unicorns thunder across the countryside.

The books don’t just appeal to the younger persons but the younger old people like me who don’t care that they are reading books not in our age group!  As a child I had a very vivid imagination (and still do) and was the local story teller for the other kids.

At that time my stories often combined the Wild West and fantasy with some sort of horse or unicorn theme.  You know, riding along in the old covered wagon pulled by fantastic horses of all colours with unicorns dancing around the wagon train.  What fun we used to have!  Until the outlaws came riding on dragons or Herne of the Wild Hunt came racing from the sky.  What fun we used to have when things were simpler and our imaginations weren’t handed ready made enjoyment.

So I found Ordinary Farm a lot of fun and a producer of nostalgia for simpler times.

As is often the case with Tad’s writing, the first book eases its way slowly to something evolving to extraordinary as the pages turn.  He is a master of building suspense without making it obvious.  Just when you get ready for a somewhat sedate read the story turns on its head.

Ordinary Farm is named that just to be contrary!  The farm is home to a diverse, to say the least, mix of animals including humans.  But let’s not reveal the surprises too much.  Now how to review these books without spoiling the read for anyone.

I really dislike reading reviews that tell all.  What’s the point of reading the book or watching the movie if you already know the main features of the story line. Tantalising hints are my objective.

However some stage needs to be set.  So let’s just say the main protagonists are two ‘children’.

There is Lucinda who appears to be a normal pubescent girl; you know the kind that does everything possible to make her mother’s life hell.  Lucinda has left her brains on hold until she grows out of the teenage ‘soapies’ stage; the teen boy stars, the clothes worn and the girls involved.  Like many people she acts as if this is real life and not a staged make believe world!

Tyler, her brother, is a prepubescent boy with all the traits of ‘no-one else in the world exists’ except the other boys who are his close friends.  Along with this is a complete disregard for anyone not living on gaming.  Tyler loves his play devices, has a vivid imagination and plunges into things headfirst without any regard to consequences.

These two are about to be pitched into the adventure of their lives. 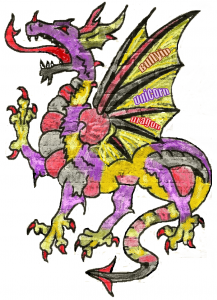 Lucinda and Tyler’s mother has certainly found that raising two kids isn’t easy, especially on her own.  Her husband walked out and now has a second family.  The story implies that he doesn’t seem to want to acknowledge his first family’s existence.

Desperately trying to get herself a life, she decides to go to a retreat for part of the summer.  While having the usual family debate about where the two children will stay, a letter arrives for her.  The letter reveals that, fortuitously, a long lost uncle appears and he wants to have the children come and stay at his farm over the summer.  The overall timing is very convenient.  It just happens to coincide the dates of the retreat with the holiday on the ‘farm’.  Isn’t it amazing what turns out when you are the authors!

A furious, hurtful verbal ‘no we won’t’ battle ensues but fortunately mother wins.  And the two ‘kiddies’ are packed off to the farm.  Good thing for them it was the bedlam of this ordinary farm they were heading to and not the notorious Bedlam.

The Ordinary (not) Support Cast

Tad and Deborah have extremely eclectic imaginations so the sky is the limit with the support roles.  From the past, from myth and fairy tale, through a portal the ancillary beings emerge.  All have special parts to play; to build up the atmosphere and angst that drives these tales. 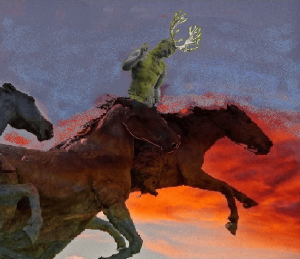 The two authors combine a mix of fantasy genres and include a touch of science fiction with the mad scientist and his gadgets.  There is comic fantasy (to some people like me with a slightly skewed sense of humour), portals to another place, time travel and contemporary myth.  The contemporary myth varies from the norm as the two worlds are evenly visible.  And, although I am waiting on the next book to confirm this, there is some anticipation of romantic fantasy.  And there is a touch of dark fantasy threading its way through the two books.

Do the two children contain the ability to save the ordinary farm?  Initially one wonders about this; do they have a role or are they onlookers.  The stories progress on a straight forward path until the bizarre starts appearing, like small hiccups to the plot.  The time travel certainly is linear.  It’s just the lines keep changing direction.  Oh what fun!

Now let’s go back to the question!  Are these two kids the heroes?  At first it appears they won’t and may even be casualties with their mistakes and the tunnel vision of Tyler.  You get the feeling you would like to shake Lucinda and throttle Tyler (no actual child harm meant here but boy can those two be frustrating).  I guess this gives some real life feel to the story, as parents and friends of parents must often get these feelings with the young!

Well if or when you get the books you will find out the answer to this question.

A NOT so Ordinary Ending for these Children.  And what is to come?

On their journey through the story so far Lucinda and Tyler are finally starting to work like a brother and sister team.  As a result they are slowly improving from the empty brained teenage girl and obnoxious young boy twit to somewhat resembling actual thinking humans.  Just imagine what their future holds.

These first two books leave a number of questions unanswered.  Therefore the end is not yet known as I believe there is another book on the way.  If Tad and Deborah keep to Tad’s usual trend the next could be the last book or not.

I highly recommend these books for the young or young hearted who just like a good exciting read.