When you look back in time a wonderful fact emerges.  Many thinkers along the path of history have envisioned, some roughly and some quite refined, things that are happening today.  Now we can see the result on how each’s ‘imagine into the future’ is existing in some form or another.

Let’s take a look at a few examples of these ideas.  The term Science Fiction had not originated prior to or in fact much later than the emergence of these ideas.  But they are in fact within the realm of this idiom.

A many times great grandfather (c 287 BC – c 212 BC) of the ‘science fiction’ invention, Archimedes, pursued his ideas through mathematics.  And many modern students wonder why maths is so important.  He contributed to many mathematical ideas but two he derived are commonly used today, but not in ways he envisioned.

Archimedes Screw’s original purpose was to bail out leaky ships. It has evolved for use as modern propellers including the modern concrete truck!  The screw turns one way to allow materials to be mixed.  Reverse this and the concrete flows out to where it is needed.  (I have also seen a truck roaring down a highway, spattering concrete on adjacent cars as it seemed the screw was not turned off or someone was having a bad day!)

And Archimedes’ Principal determining buoyancy forces.  This is found by the displacement of water in a tub caused by a partially floating or fully submerged object.  The Principal has proved very useful in hydraulic applications.  Just think of ship design so the ship floats.  Another successful application is the determination of the design weight required of a swimming pool or other in-ground tank so it doesn’t float!

Da Vinci (1452 –1519) was a fascinating man with an amazingly convoluted mind.  He must have had a very convoluted mind to be so talented in so many fields.  The field noted here is the science where his ideas would have been included in Science Fiction if the term had been around then.

Perhaps it’s fortunate that da Vinci studied art first as it sure allowed him to draw out his inventions in a very detailed manner.  His drawings show numerous ideas from human flight to war machines (fortunately not having as widely spread an impact area as today’s machines). 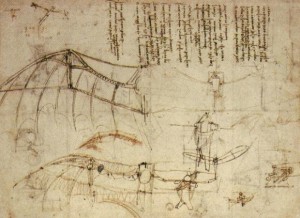 Leonardo da Vinci’s inventions were not based on flights of fancy but on observational studies of nature and his inherent technical ability.  His best known forecasts are that of the helicopter and aeroplane.

Over time many of his notes have been found and teams have recreated his work following these notes.  Some haven’t worked but many have including a self-propelling cart and da Vinci’s robot.

If you are interested in this man there are many sites on the net you can refer to including Wikipedia with its many links to other sites.

And if you are fortunate enough to be near any place where the Leonardo da Vinci Exhibition is being held I suggest you visit it.  It is absolutely fascinating.

From Olden Days to the Future

During the very early history of science just about any speculation and study of scientific works could be included in an ancient term meaning science fiction. As time continued the speculative side of science fiction was able to become more refined as new discoveries broadened the basis for new ideas.

Instances of ‘prophecy’ can be touched on during this period range from levitation and the moons of Mars via Jonathan Swift, bounce along to Mary Shelley (purportedly suggesting organ transplants) and land on such writers as Jules Verne and HG Wells.

As per most of these ‘prophecies’ Verne noted that any apparent forecast on his part were just that, apparent.

HG Wells had formal training in zoology therefore had a scientific basis for his writing.  Although some now consider some of his ideas as prophecy he most likely just thought of them as results of every advancing knowledge.  One of his works “The World Set Free” influenced the instigation of the nuclear age.

And along came Arthur C Clarke.  Clarke is noted for tales that have been presented as well-known films such as the Space Odyssey series.  Generally he seemed to have a feel for the progress of communications.

Robert Heinlein took the water bed design from the nineteenth century version, which was quite cool (literally) and felt like the breakers on a beach when you moved.  Heinlein went no further than put his concept on paper but boy did water beds take off with ‘modern advances’ such as heating. 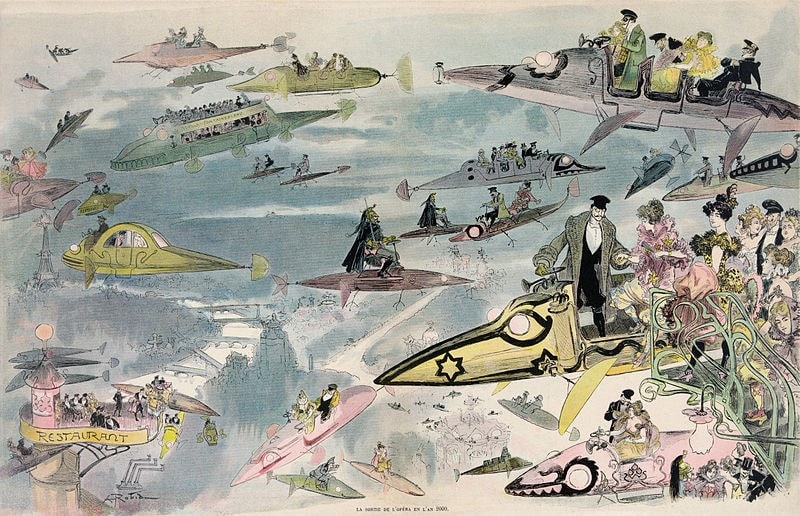 As per my pages on fantasy, science fiction has an ever growing number of categories.  And quite a lot of them overlap with each other and the fantasy genres.  Full descriptions of both science fiction and fantasy can be read by looking them up in Wikipedia.

Generally what comes after depends on what you are reading and/or what the author wants you to.  And do you question the ending?  I know I often do.  My personal ‘imagine into the future’ often is somewhat askew to everyone else’s and that is the way I feel things should be.  After all different points of view lead towards holistic solutions.

And although I am somewhat artistic and very imaginative, I also like a flow of logic through the books I read.  Sometimes things need to make sense.

Any constructive suggestions on books, to read and write about, and the content of this page and suggestions for posts would be very welcome.  So come and visit and start a comment discussion with me and any others who visit. 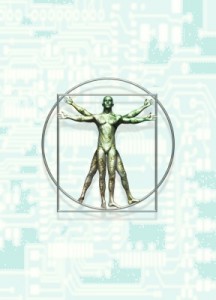