Side splitting Comedy and Humorous Characters in Fantasy

A chuckle or belly laugh over the comedy and humorous characters contained therein never hurts anyone and when I find a side splitting fantasy novel that gives me this I often will read and read until I finish it.

A funny fantasy series in point are the David Eddings’ series “The Belgariad and “The Elenium” with their follow up series. His characters can laugh both at themselves and each other in a totally real manner.

I did find with David’s series that the punch slowly went out of them as they proceeded in particular with The Elenium.  But it was still well worth reading for a quietly fun relaxation.

The Sword in the Stone 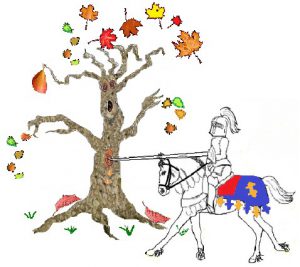 One of my earliest memories of a book that was so funny I couldn’t stop laughing while reading it, was

the Sword in the Stone.  This book was part of the Once and Future King series by TH White.  The book was actually a collection of four books; The Sword in the Stone, The Queen of Air and Darkness, The Ill-Made Knight and The Candle in the Wind.  White also wrote a fifth book; The Book of Merlin; connected to the saga.   Any fan of King Arthur tales of older years, like me, will most likely have read this.  To anyone who hasn’t, the book is still available and is well worth the read.

TH White was a student of many things, studying by observing animals, plants and other organisms in their natural environment across a broad scientific spectrum including zoology, geology and botany.   He had a great interest in psychology, justice and power.  These aspects greatly influenced him in his writing of these books. 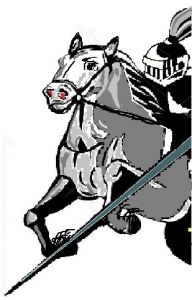 ok “The Sword and the Stone”.  This title may ring a bell as in the early 1970’s, Disney based a film on it.  I must admit I didn’t see this as too often the film doesn’t match the book.  And for that fact I can’t comment on it.   I
have also read that this book was reworked with the outcome of a somewhat darker novel.  Unfortunately my copy is packed away so I can’t find out which version I have read.

I don’t want to say too much about the book so it isn’t spoiled for you if you read it but the knight appears to have vision problems!  And I will say no more on this.

The Practice Effect by David Brin

Another very humorous tale I read many years ago was the Practice Effect. After rereading it I decided to give it its own post. The book is still available and although a bit dated in some areas, it is still a very funny story.