In Our Times the Emergence of Urban Fantasy

Urban Fantasy or alternatively contemporary fantasy has evolved fairly recently.  Much of its charm is the ambiance the authors achieve.  A good writer makes this fantasy seem very real and potentially reachable.

And I love reading them because of both the reality of the Urban and the fantasy feeling that you can participate in an over or under laid world. I believe you champions of fantasy, if you haven’t already  done so, will also love reading these books.

The adventures commence and generally take place on this world and in this time.  Often two worlds operate in parallel with blurred boundaries allowing a few people or beings to slip chinks between the two worlds allowing participate in both.

However sometimes there is no other world.  The second world is still earth but with groups having unusual, very different, non-human traits that are hidden from their neighbours. Creators of these characters are well represented by Kelley Armstrong, Jim Butcher, Charmaine Harris and the list goes on.  Many of this will be reviewed in future posts.

When two planes of earth exist the earth cast is usually comprised of your common folk who get entangled with the elemental cast or mythical entities from the conjoined world.  Or the cast that is entirely of this world get entangled with each other. And in general this interlaced troupe is quite small.  The majority of the population live in bliss and ignorance that the world as they know it might end.

The entities from the world overlaid with our world usually wield some form of magic or trickery.

While reading up on this type of fantasy tale I have discovered that Urban Fantasy doesn’t equate with Urban Myth.  Now fancy that.  Although myth is a part of fantasy it’s not considered as part of this genre. 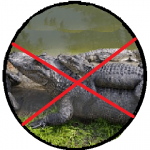 So if you want to read about alligators in the city sewers you’ll need to look up Urban Myth on the internet.

Urban fantasy usually is written as if it is taking place on our earth, in the here and now however it has occasionally been set in past times.  Which makes it contemporary at that time and past history now but still Urban Fantasy.  So now we start to get a bit more complicated.  It doesn’t really have to be in an urban setting.  Charles de Lint is a master of this type of fantasy and his works swirl around urban and flow into the parks, forests and deserts. His theme frequently includes dark, vengeful beings or his often incorporated ‘tricksters’.

Settings are varied but often the entry/exit is from underground, old cities or buildings, or parks.  For example Neil Gaimen’s Neverwhere is set in London and the veiled world is located in London’s underground. 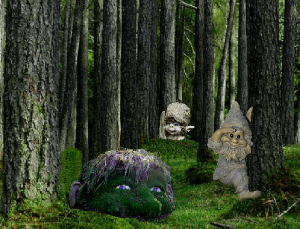 Charles de Lint’s Moonheart has as its fulcrum, Tamson House, the gateway between the spirit world and ‘real’ world.  Tamsin House being the ‘Urban’ and the spirit world being the ‘Fantasy’.  It also runs a timeline of hundreds of years from pre Celtic times to the now and beyond.  (After all who can tell what time it is in the unseen world!)

Where the two worlds or parallels in the same world meet the stuff of magic and weird things seep in and stir the earth time continuum.

Humans are drawn into other world events and paranormal beings come into ours.  And often there is an extreme darkside in the object of these beings.  The end result, if achieved, is not very nice and downright nasty.  Age old grudges to be resolved at the expense of everyone.

These settings are really part of the fun, anticipation and angst against the outcome that Urban Fantasy presents to us – seemingly in our  time and with the possibility of being swept up in the saga.

Urban Fantasy Players from the Other Plane

Popular tales of our time have been created around all kinds of different other world dwellers from Kelley Armstrong’s werewolves, witches and so forth and Tanya Huff’s mall elves and Charles de Lint’s North American spirits including Raven and the Crow Girls.

Some supernatural players of urban fantasy have expanded their characters from the early days when vampire and werewolves where nasty, feared and used to scare children as per Bram Stoker’s Dracula.  Now there are some nasty fearful ones but also modern paranormal romance has created an opposing type, the ones that interact and fall in love us the un-dead.  Personally I don’t think I could handle the cold!

But not to worry most people don’t realise the existence of these others so if the end comes it will be so fast that they will not have the time to get worried or terrified.

My research revealed that aliens might also be involved but to date I haven’t found any – at least none that I can see!  Any recommendations from you on stories that qualify for Urban Fantasy aliens would be wonderful.

As per other fantasy genres the basic urban fantasy concept seems to always involve other fantasy types.  As a given due to the presence of supernatural elements or elemental beings, we have paranormal fantasy.  With some of these supernaturals being very dark we also introduce the Dark Fantasy theme.

Also we often have some or a hint of romance.  I haven’t yet found the romance to be predominant, except in some tales written by young adults, fortunately as that can be awfully boring.  Too much angst for me these days.  So with the fantasy being the predominant thread we also have Fantasy Romance.

And of course many beings are straight out of myths in our past history so we have the Mythic Fantasy.  Presented as part of the elements are mythic entities such as Gard the Valkyrie in Jim Butcher’s books and Tanya Huff’s contribution of the busload of retired Olympians.

If I was a purist I expect I could go into a few more genres but I find I don’t need to as I read for enjoyment so the mix doesn’t matter.  The impact of the story does.  If it is a rousing, well written story I tend to love it, especially if I like and agree with the theme! 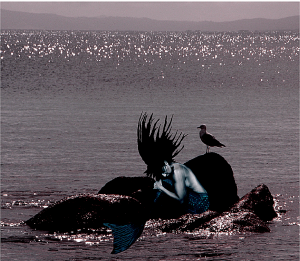 The critical elements to be found in urban fantasy are the location on earth and the mystery and magic of its ‘other beings’. The remainder of the yarn revolves around these two fundamentals as the author sees the best way to heighten the yarn to enthral and entertain us. So far I have found the settings are often dark, gloomy, muddy and/or wet.  Occasionally a cutting tale is produced such as Charles de Lint’s Moonheart.

The best story written around these two elements can leave you almost believing in the fantasy or just wishing you could have a glimpse of it.  At least if it is a benign tale and not the dark side of Urban Fantasy.

I expect that to the majority of readers who get this far down this page, the pleasure of Urban Fantasy is either well known or becoming this way.  Yes I expect that some don’t like this genre and I do hope you comment and let me know what and why you don’t.  That makes for interesting debates.

Some of my favourite ones are listed on my Urban Fantasy book list page. LINK here.  The first one I read was Charles de Lint’s masterful 1980 book Moonheart, set in Ottawa Canada.  From there the range covers the years to 2014.  But there are a myriad that I haven’t read or even discovered yet

Moonheart was a fantastic introduction to this fantasy genre and I highly recommend it to you to read.  This book will most likely open the door to Charles’ wonderful tales and highly colourful characters both the human and the supernatural.

A second older book that I really got absorbed in was Raymond Feist’s Faerie Tale.  It’s been a while since I read this book and, as it is packed away until our house is finished, I can’t reread it yet.  The details are a bit blurry however I have bought this as a gift for several fantasy freak friends who have also loved the book.  It intertwines contemporary time with the elusive realm of fairy as the dark fantasy world.

The Bride of the Rat God is a good example of Urban Fantasy set in the first part of the twentieth century.  It was an unexpected and enjoyable read and has now been resurrected in eBook format.  The tale has as its two milieus early film California and ancient Chinese myths and three very unusual dogs.

And the final tantalising set of books are the Traci Harding Mystique series. The first book, published in 2005, now has a most unfortunate title being named after an Egyptian Goddess.  I think the fantasy world creatures in this urban fantasy might even be considered as aliens.

Précis of Urban Fantasy for Our Time

What I have penned here, so to speak, is my thoughts and opinions of Urban Fantasy and I completely predict they don’t fit the bill for everyone who reads this.  So whether they do or don’t please offer a comment as this lets me expand my mind and allows me to come up with more opinions on this type of fantasy.

If you would like to obtain any books noted here you can click here for easy access to them either in book form at Booktopia or as an eBook at Kobo.