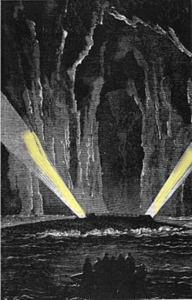 I have touched the realm of steampunk science fiction and fantasy for most of my reading life. Initially this was through the classics such as Twenty Thousand Leagues under the Sea. Now this is a great book and, although the term had not been coined at that time, the steampunk fantasy and science fiction and fantasy really kicks in here. If, as the name suggests, this was the depth travelled at in ‘real’ life the Nautilus would be travelling in space at a distance less than half way to the moon.

The reason this novel is able to fall into the ‘steampunk’ genre is its incredible resemblance to the submarines developed in the mid twentieth century, ninety years after it was written. When it was written steam power was in use for ships and the impression is that the Nautilus was powered by an electrical process that produced steam pressure. In fact I have heard it said that the ship itself was one big battery.

Prior to reading Jules’ tale there was the Wizard of Oz movie presented every year at Christmas. I remember everyone’s parents getting a bit tetchy about seeing the same old movie every year. BUT the first year it was not shown they all missed it. The steampunk shows here in the elaborate mishmash of mechanical steam pipes the wizard uses to maintain his alias and portray his wizardly green head. 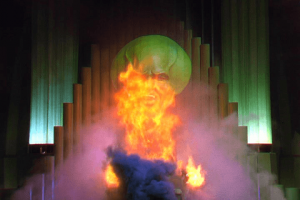 And now I have just completed a steampunk series written over the last few years. This appears to only be available as an eBook but no worries here. I have a marvellous Kobo Aura eReader.

The meld of Victorian life with steam gives harmonic life to steampunk. The advent of steam power has been around for a very long time with the first noted design written down in the first century by the Alexandrian, Hero.

From then until the pre Victorian Era years steam power was slowly developing with constant improvements. During this time it was used for lifting water and boring in mines, factories for repetitious actions and in textile mills.

In the pre Victorian times steam as a reliable source of energy expanded to include the powering of ships and boats along with the first powering of land transport. For a relatively complex history of steam visit Wikipedia’s site. 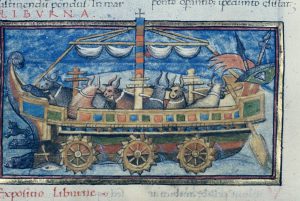 Steam power for transportation via rail came into its own during the reign of Queen Victoria. And the lovely era of touring the country side became
a popular attraction for the locals. The image of the lovely old steam engines and carriages puffing along beside the hedges and pastures brings a wonderful nostalgic vision to me. The pillar of steam billowing into the air in almost per whiteness.

Other steam vehicles followed the trains with farm engines galore helping the farmers tremendously with their daily work. Steam powered vehicles, busses and cars came into production in the latter part of Queen Victoria’s reign. In fact most initial work in these steam powered creations was done outside England but can still be considered part of her era.

The Elegance of the Victorian Era

Although elegance is often used hand in hand with the Victorian Era I am not sure I agree the period was elegant. Yes for the top strata of the population it probably was. It set the tone with fashion, jewellery, furnishings, music and the arts.

But that was really only for the wealthy and noted. And any poor sod who practised in the scientific and engineering areas who managed to get a patron or raise money to develop these amazing advancements.

In general though, the era was not favourable to most people. Almost at the bottom of the heap was the Workhouses. These were those who had lost hope. The hopeless were even lower than this and starved on the streets.

So in reality a full spectrum ranged. And what better place than this to introduce the imagination that turned the Victorian era into the realm of fantasy and science fiction.

Steampunk melds the above into a wonderful world where things mechanical, gas powered, steam powered and things magically sophisticated’ stemming from wonderful  imaginations are intertwined into often bizarre tales. And the world this is set in doesn’t have to be earth. It can be anywhere, in time and setting.  The year or century is arbitrary as long as the image is contemporary to the Victoria one.

A good example is the TV series, The Wild Wild West where high tech items frequented the 1880 western world. And note here that the later movie was not received well so if you see just remember the real steam punkers don’t like it. 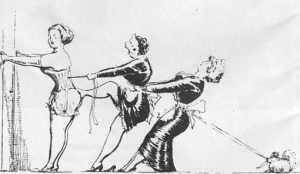 Although this fusion commenced in the written word it seems to be steam rolling (pun intended) long in many other areas. Fanciful costumes are now created, of corsets and bloomers, in leather and lace (and, if you are Goth, in black), using gears and other mechanical bits. I do hope the corsets don’t cause the extremely bad health effects of that era!

Men also have their costumes and believe it or not, in the real Victorian era,  they wore corsets too. They needed their nice trim waists. But in general padded shoulders, vests, old fashioned trousers and boots were the steampunk fashion statement for the fine upright male figure.

Steampunk accessories abound. With lots of metal, glass and leather included. Clocks and statues, gauges and lamps, turn of the century leather and metal flying helmets. 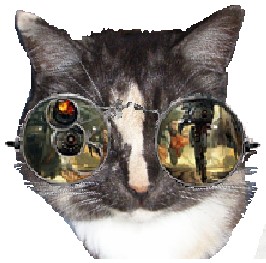 Along with goggles for all and sundry. Imagination is the only limit. Actually goggles seem to be a very popular interpretation of steampunk adornments. Made of various metals and leather straps. Having gears and their cogs attached randomly.  Often thick shiny metal bands surround the lens, one or both lens being telescopic and the lens glass being of many colours.

Pets as accessories. also have their own goggles. At least they don’t seem to be carried around in handbags. Not with the tougher, more practical steam punkers.

After seeing many of these steampunk bits and pieces I expect that vision was often limited though!

And there are Steampunk movies and television shows with outstanding special effects – almost realistic, one could say, for some who can’t separate fact from illusion.

TV series have entered the scene with the same artistic licence. For example the wonderful interpretation of Terry Pratchett’s  (RIP) book Going Postal.

It seems to me that Steampunk worlds are encapsulated in spheres of the time when interesting things started happening; for us Queen Victoria’s era. Where ever you were in that time things began hoping with the steam powered advances.

Steampunk is a world where the population’s daily life didn’t change. However the equipment they used and the metal accessories they wore did. So we have the elegantly costumed look of that past era and the advanced metalled ornamentation and machinery, still steam powered but to the equivalent characteristics of the present day. That is the provocative thing about the entity called steampunk is, the technology and mechanics are imagined as very advanced and equivalent of those of the present day.

This allows great leeway in creative ideas, combining both the then and now.

What I would appreciate is that you, my visitors, give me some feedback and thoughts on what steampunk means to you. I look forward to furthering my adventure in this line of fantasy/science fiction.