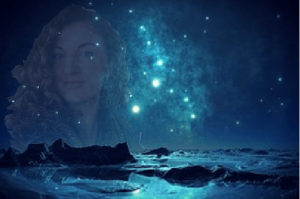 In my younger days I pursued as many fantasy and science fiction books and knew there was romantic fantasy in many.  However that was just a by-product of the space and fantasy adventures I was reading. Now a days I love good romantic fantasy with a good amount of the Urban Fantasy in the ingredients.

As an aside, on the other hand it is a shame Barbara Cartland is only known now by a majority of people as a romantic escapist with virginal heroines.  She was in fact quite racy in her younger days and due to her love of gliding, made a long distance glide which led to the gliding in of troops in World War II.

Back to paranormal romantic fantasy.  This is what I consider to be a sub-subgenre.  It is a blending of Paranormal Fantasy, Paranormal Romance and Romantic Fantasy being elements within the yarns.  Within the romance fantasy area there seems to be two opinions of how these combine.  One is romantic fantasy and the other is fantasy romance.  One is focused on the romance and the other on the fantasy.  There seems to be a confusion of which ones are associated with each other.  Opinions differ on this.

I don’t care what the difference is and I know that what I like is the main feature being the primary mover and the relationships being the backup support. And the burning eternal flame that drives the fantasy.

The people who populate the good guys’ side of these narratives are fighting for a cause that benefits themselves and others like them, their friends and acquaintances, the whole population excluding the bad guys of course and subsets of these.  If possible they will also try and reform the antagonists but often death is the only answer.

The aspects of paranormal romantic fantasy coming from the Paranormal Fantasy genre often include vampires, zombies and other weird creatures. These are mostly derived from both old and new folklore .  The television series ‘Buffy the Vampire Slayer’ is a good example of paranormal fantasy.

Paranormal Romance uses romantic love merging bits of other fantasy genres to build relationships between humans  and vampires, demons and humans, werewolves and humans, ghosts and humans and sometimes vampires and demons and so on and so forth.  It does get confusing doesn’t it!  Often these beings have psychic abilities that complement each other.

The relationships that are formed balance each other, for example hero and witch, and the participants will sacrifice themselves or relationships to save each other.  They often will live in everlasting hope until the final scene draws to a close.

Romantic Fantasy’s contributions include peoples ‘hidden’ but natural abilities often considered as magic (Magic Realism) such as sorcerers and witches.  Within the story lines either some or all of the characters accept that magic is normal.

Romantic fantasy is based around the interactions between the two (or more) characters who fancy each other.  These relationships form a strong basis for these tales with the ancillary attributes as a support structure. The characters wielding magic use props including chants, crystals, herbs and potions or using existing features such as the old druidic stone circles.

Another trait often contained in Paranormal Romance is time travel through portals such as these stone circles.

As can be expected in modern paranormal romantic fantasy many other subgenres influence it.

Some of the tales include a degree of Fairy Tale Fantasy including the dark version.  Dark due to the end often being so deadly final and the story not continuing unless someone rescues the protagonist at the last minute.  Originally fairy tales had fairly savage endings.  For example Red Riding Hood and her grandmother stayed eaten in the one of the original fairy tales.  Happy endings only evolved as humans grew more educated and developed an aversion to death.

Vampire fantasy weaves through much romantic fantasy especially in modern times.  It’s amazing how civilised and well-mannered some modern vampires are.  Thank goodness not all the blood and gore has been removed.

Time travel also comes from Time Travel Romance and Cross Over Fantasy where travel can also be from between worlds, alternative worlds, parallel worlds or dimensions.  Protagonists can travel forward or backward in time or space (sounds like a good television show) and then find the love of their life.  Both parties usually have some magical ability between them.  Travellers are helped by various means such as the ancient stone circles (from Celtic fantasy -ancient magic), time machines and mirrors to name but a few ‘gateways’.

One or all of the main characters often engages in the Sword and Sorcery Fantasy activity of fighting with ancient weapons ie swords and bow and arrows.  At times the sword will convey some sort of violence in addition to its blade.

Generally this fighting is between good and evil, naturally, and is a matter of life and death to people and/or worlds and the final outcome can go either way.

If you now have the idea that paranormal romantic fantasy does not have a cut and dry definition you would be very right.  Even noting the supporting genre roles above, you would probably find many of the others genres, if not all, somewhere in the surroundings.

I know many of you will have alternative explanations, connections and additions here so please put them forth.  With your approval I might include them in future pages and posts.