Comic fantasy, what is it?

I have been researching the different sub-genres of fantasy and come to the conclusion that it is a convoluted puzzle.

When fantasy became a subset of fiction the separation of fantasy types was pretty straightforward as there were few.  Nowadays it has subsets within subsets so many tales have a mix of types.

Therefore this page will grow and grow and grow.  And when I get all the sub-genres listed more will probably have been coined.

As the page grows new subsets will be posted and then slotted into the list alphabetically.

For starters though I will write about comic fantasy, a firm favourite of mine.

A master of comedy in fantasy is Piers Anthony. His series are full of puns and fun. Two of his series, “Incarnations of Immortality” and the “Xanth” series are almost nonstop puns.

Terry Pratchett also turns his pen to puns in his “Discworld” books along with the parodies in same. 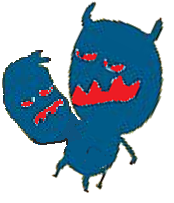 A good parody combines several versions of reality including actual, potential and pretended. The definition of parody ranges through a lampoon, a satire, a spoof and mockery just to mention a few. It has to balance between these from funny to biting.

Tanya Huff exhibits some of these in her “Keepers” series. After all Hell is schizophrenic and argues with itself constantly.

Monty Python’s parody film “The Holy Grail” is a skilful portrayal of the quest of King Arthur’s knights to find this grail. The spinoff “Spamalot”, loosely connected to the film  is also masterfully done.

Although comic fantasy is itself a subclass of fantasy it often contains elements of other genres, for example low fantasy.

Generally speaking, as everyone has their own idea of fun, many fantasy and science fiction books contain some element of humour that appeals to different people.

The next subset Juvenile Fantasy with others to follow.

One of these soon to follow will be Urban Fantasy, another love of mine with great authors such as Charles de Lint.

Depending on the amount of information on each topic I might even get two types in some posts.  After all who knew there were so many types.

A ‘fantasy tree’ page has commenced growing with accompanying fantasy lists pages.  The interconnections of today will be shown along with those I discover within future research.

As I unearth further information on each subset the ones already listed will be updated.  So keep in touch.

Please comment on this page and add any genre you know about.  Maybe I haven’t found it yet.

And if you like the sound of the books I have mentioned you might like to own them.   Everyone will find comic and humorous books at Booktopia for patriotic Aussies.