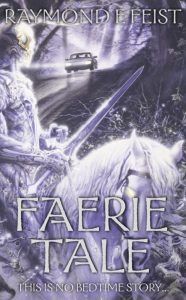 When you think of faerie tales what do you imagine? Small, cherubic beings winging between flowers. Tall stately and gracious beings living in lovely green dells in likewise stately forests. Well I am here to tell you that faeries aren’t so goodly pure but do have many opposing pure traits. Traits that are absolute. Absolute goodness, absolute evil; both with no human feeling at all.

Are these folks just figments of our imagination or are they able to be real? Well the truth is it doesn’t matter. Either way they are totally scary! Now let Raymond E. Feist tell you his tale.

A Dark and Light Tale of the Fae

What’s in a faery tale? Let me tell you of one I love. Fun at times but quite creepy at others. All blended together to make you wonder.

I read this book back in the late 1980s when it first came out. After reading it, it immediately jumped to one of my favourite books. I have just reread it to refresh my memory (which hadn’t faded a bit – it must be the magic) and it is still one of my favourites. It is full of the thrills and chills of a well told dark faery and urban fantasy.

Something Dark and Evil 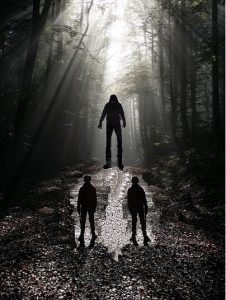 I opened the book and took a step into tale filled with optimism and light, fun and adventure. A family had commenced a new life and moved from the sun and light of the US west coast to the cool, deep forest dark of the US east coast. It could have been any family but another one may have been unaware of the forthcoming happenings.

Happenings there were because somethings dark and evil lived there. A creature that had once been part of the faery light before humans interfered. Another creature who may not have been faery at all. And of the family members, including the dog and cat, some were sensitive to the fae.

And so the tale descended into the mystery of an urban dark faery tale.

It all started in May

Walpurgis Night, or May Day Eve, is one of two nights when the border between the mystical beings and us is very thin. A night when the Fae move to another region for the next six months, to enjoy and renew their experiences of a different earthly aura. It’s a night for all of earth’s creatures to be very wary. The fae are on the prowl for new temporary bowers 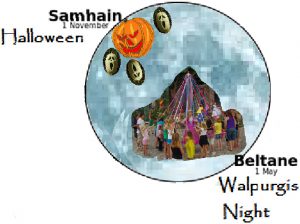 And apparently an ample supply of whiskey helps keep you out of their sight. One lone Irishman, immigrated from the old country, had found this out. Years before during a previous arrival of the fae in his area in Ireland, the whiskey habit was formed. His place in the tale has been well earned.

With his arrive in America, and the many Irish before him, came the elemental myth, legends and magic of the ancient Celts.

And so the Nightmare Begins

There is no defence. When the nightmare begins you may be asleep but most likely you are awake. There is nothing you can do about it. Your body and mind act on two levels. One that responds to the nightmare and one that screams in horror. You stop functioning or function in ways abnormal.

When this happens and you can actually get the screams out, the terror spreads to others who don’t understand what is happening, don’t know how to help and who can only support each other through the episode.

Ordinary life returns but no-one knows when or who will suffer next.

Faeries move from place to place on the nights when the fabric between them and us is very thin. They have favourite (perhaps mandatory) places, suitable for the faery life.

In this tale it is Erl King Hill, a place with one appearance in our world and another weird but not necessarily scary manifestation in the faery world. IT DEPENDS WHERE YOU ARE GOING! 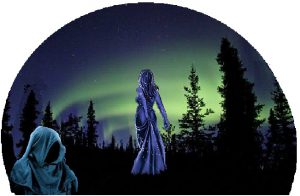 For a ‘favoured’ few it appears in a misty, ethereal manner with fantastical dancers revelling in the faery ring on top of the hill. But the hill is so much more. Enter it, if you can, at the wrong place and time the tableau is anything but tempting to enter. But someone does under a compulsion and another chases as rescuer. But who wins in the end. The battle is seriously complex and riddled with puzzles. If you don’t get it right you’ll never leave the Hill to return to the human side of the fabric

As in most Gaelic style faery tales the Queen and King of the Fae are feuding. And what are they feuding over. Children and wanderers. You may have heard of changelings where the fae substitute their young with human children. Well the case concerning the Shining Man is much more serious. 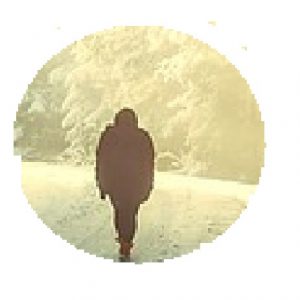 To the quiet child in Faery Tale, the Shining Man, who is in fact the king of the fae is very dark but brilliantly shining; a sight that freezes his blood and leaves him at the mercy of the dark one. The Shining Man underestimates the impact on the boy who is finally so scared he manages to scream.

His family cannot see the Shining Man nor the bad thing and treat the boy as if he has a fever attack. Adults can be so unreasonable.

And Things Can Get Worse

The trickster also attends the Shining Man but even manages to fool him at times. This fellow appears in different aspects so it a complex read to figure out who he is and what he is playing at. Is he good or is he evil. Apparently both at times.

So there you have it. The Shining Man, the Bad Thing and the Trickster. “Oh what a tangled web he weaves!”

In ancient history the wars between the Fae and People was pretty intense. Some reasonable folks on both sides (or perhaps just plain strong and mighty ones able to enforce) set out a Compact.

Well, guess what! The Shining Man, once the Fae king, doesn’t like this. And he is doing his hardest to, as we say, put a spanner in the works. And he plays dirty. He prays on the children and young adults. And who can stop him. Well read the tale and find out what happens.

This is a Scary Place

Wayland Smith, the trickster, is a blacksmith of supreme talent. His work is art and, of course, magical. And he has a powerful drawing aura and the reputation to go with it. Wayland plays in both courts of the Fae depending on who wins him this time round.

His aura draws women and the daughter of the family is no exception. When she meets him she feels like two persons. And then finds it hard to remember him unless some items brings back snippets of what they talked about and what she felt. Fortunately He turns out to be, at least, partially honourable.

The Bright Lands the Dark Lands

And in good time the Fae prepared to depart the ancient woodland, many of their mysteries yet unexposed. Maybe during the next time they cycle near Erl King Hill Even then the fear and complete terror of the children was being played out.

The ending was sorted by the children, the rest of the family and the researches of myth and fairy. And then the tale faded away with only the two youngest remembering the bright lands and dark lands. Although that is one thing I think is a real shame. The experiences were theirs. The cause of the fading could have been directed so that the tale could not be told to others.

And I closed the cover, and I remember. I still remember from my first read.

This is a great read and I certainly recommend it to anyone. I would love to hear from you about your thoughts and, if you have the book your comments on Faerie Tale.