There is something special in reading or viewing tales containing the elemental spirits of earth, wind, fire and water found in local folklore or created from this folklore. 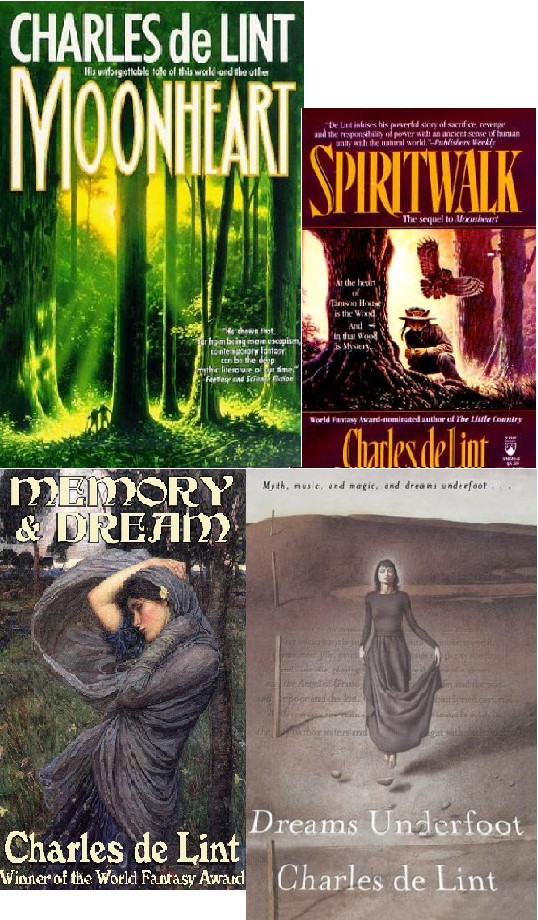 The folklore of many regions threads through his works including Celtic.  The Celts invaded the British Isles Wales, Cornwall and England plus Ireland and Scotland.  From the Celtic and earlier lore these areas grew more localised legends.  As a urban fantasy writer, De Lint also strongly incorporates Native American tales and both this and Celtic based legends flow through his books.

A few locations are common to several or more tales.  Tamson House in Ottawa, features in Moonheart and Spiritwalk while Newport (somewhere in North America?) appears in an ever growing number of tales including Memory and Dream and Dreams Underfoot.