Halloween, what is it?

Well no-one knows for sure. There are so many theories, legends, myths and Fairy Tales arising from both pagan and religious peoples (and probably atheists, agnostics and many more). And today’s Halloween is a conjoining and blending of all these things.

The Time of Death

Over the mists of time many versions of the life at those times have decided what Halloween is.

Let’s look at a few.

The Celts believed that border between life and death was thin between the old growing season (autumn) in the northern hemispheres and the unfruitful time of year.  This has ended in late October.

Now here is the confusing thing. This is actually spring in Australia ie the southern hemisphere.  Even in the unfruitful season doesn’t hold true in Australia.  Something always grows and the animals remain strong and sturdy.

Realistically I guess in fact we, in Australia, should celebrate Halloween between the end of April and beginning of May as this is the second time of year the dead are restless. The ‘dead’ in this case being the sealie and unsealie courts  (fabled creatures of folklore).  Treats for good luck over the fruitful season should be given to them.

OK so, as I said, the Celtic ancients believed as the year was dying the veil between life and death became thinner. Costumes (and don’t see modern day ones – see animal parts) were worn to scare any of the dead back to death – to leave the living alone. Although the presence of these beings were thought to bring visions to the Druids. And with no modern conveniences life often depended on these visions. 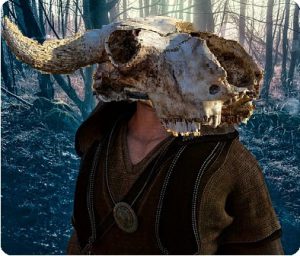 During and after the Celts came the Romans. They had a day, Feralia, to remember all their dead. From what I can find this day could be February or late October!

They also honoured the goddess Pomona (who from her name loves apples). As this festival was in August I can’t imagine how the bobbing for apples, most likely started in this month, ended up in October’s Halloween. As is said anything goes! Or maybe the bobbing isn’t related to Pomona at all.

Later on the church, as it promoted its beliefs, initially (perhaps) designated in the 7th century as All Saints Day. Later on, in the 9th century, history says the day was designated to honour saints and martyrs, again as All Saints Day (at least the Celts didn’t ignore we common folk).

This festival appears to have used some of the Samhain characteristics, however I would suggest the local people would pretty much honour the dead and time in the old fashioned way.

The last evening of the warm season was then known as All Hallow’s Eve. This morphed into Halloween in later centuries.

Now where did pumpkins come from? Apparently from Mangel Wurzels, a beet used to feed cattle. Not much different to pumpkins in the fact that pumpkins were originally used for stock feed (at least here in Australia)! Now having taken a look at these little Wurzels I can’t really imagine carving them.

Now some believe this started in the Samhain time and has continued over time to become the Jack-O-Lanterns of today. That is originally they were used to be used to guide the men home after a night at the inn – not usually for fun!

The final (as yet) shape of Halloween is generally now of a community event. Many think it is generally aimed at children but let me tell you, adults have much more fun! I remember friends of mum and dad’s coming to the door. He was dressed as an outhouse. This was so amusing that I can’t even remember anyone else’s costume.

When you opened the outhouse door you got squirted in the eye with, hopefully, water. And that was the shockingly amusing part of the greeting. He did get treats!

And the commercialism thereof! But what fun it could be. (I am not so sure it is now, as due to certain people, it is now considered unsafe to let your children roam the nights of Halloween.)

As a wondering child: the night, the costumes rushing out of the dark and the sudden rush of being scared – if only for a short time. All enhanced by the eerie light of the village’s bonfire. Fireworks a-glowing and exploding and radiating light.

In following years the dark wasn’t so scary but the above excitement continued even when we were all grown up teenagers! And by that time boy were we good with the tricks. We had a lot of tricks up our sleeves but only after the treats!

Descent into the Ultimate in Costume Role Playing

So now, well into adulthood, I must say we adults probably have much more freedom to dress up in weird and wacky clothes and have FUN! We don’t have to worry too much about being affected by those who make sure the fun is removed.

In the past I have made my own costumes, usually at the last moment and often not as well as I wished. Looking around I can now find many places I can get my own. And generally these should last long enough for me to pass them on as pre-loved costumes. A great add on bonus. 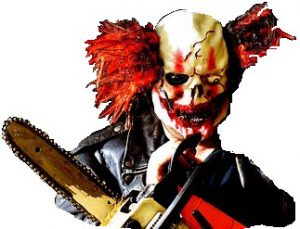 So take a look around Costume Box (great for Australians) or Amazon and imagine yourself clowning (or maybe ghosting or facing Romans, Druids) around.

PS: You might even receive a free gift from Costume Box depending on your order amount. Cool!